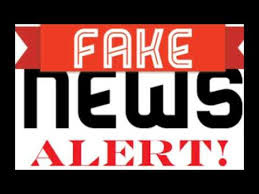 Fake news go viral for the following reasons. People tend to believe things that are not true to make themselves feel better about a situation or a cause. Secondly social media makes it easier for individuals to follow trends. Just because something is trending doesn't mean that it's true. The thing about false information being shared on social media is that people who share this information share because they want to be a part of a large following. A major component in the process of going viral.

According to Business Insider. "A fake news conspiracy theory led a man to fire a gun in a crowded DC restaurant. The fake "Pizzagate" story alleged that former Democratic presidential nominee Hillary Clinton and her campaign chair John Podesta were using the pizzeria as the base for a child trafficking ring." Now pizzagate is a viral social media trend online.

The obvious danger is that people who actually believe in fake news can accidentally cause harm to others and themselves. It can also result into a chain reaction affecting large groups of people that can lead to hate crimes and terrorism. Another theory suggest that people who create fake news do so with the intention to promote their brand or business. It's a deceptive marketing scheme that's been happening way before social media.


How can we put a stop to the saturation of fake news reporting? It seems almost impossible because of the amount of people who use the internet. However major social media network Facebook has threaten to block fake news from their site. (See article here). Which is a great approach to prevent false information to be shared on the internet.
Labels: discoverdior. Fake News Go Viral Social network trend