Why Foreign Breach Of Security Measures Is Disturbing 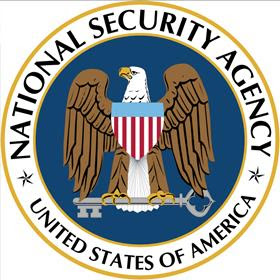 Obama stated over a month ago that the election polls could not be hacked, Oh wait, that's when he thought Hillary was gonna' win. It's interesting that nobody calls president Obama for security leak! So, were told in June by CIA that Russians are hacking us and president Obama does nothing?! What a joke!


Foreign breach of security is highly disturbing because now we have all the Liberals claiming that the Russians hacked the election polls like something out of a "Mission Impossible" movie. They have even admitted that they have no evidence to support this claim, just that they believe they did. Well, I got one thing to say: who's going to the White House on Jan. 20th. and who's not.

According to CNSNews-
Senate Majority Leader Mitch McConnell: ‘Any Foreign Breach of Our Cybersecurity Measures Is Disturbing’. It's a viral social media trend online that 17 intelligence found out Russia hack the US election helping his friend Donald Trump. The Senate investigate this matter asap. If there was a way that the Russians could hack a voting both, 10,000 miles away, too late now. We already have our rightful President elect, especially after having discounted the millions of illegal voters on behalf of Hillary Clinton.

What is disturbing about foreign breach of cyber security is the fact that Americans and the media is only concerned because Hillary Clinton supporters are still upset about Donald Trump's victory during the presidential election. We should be concerned about cyber security measures on a local and international scale. Do you really think that Schumer would be leading this if Hillary won? This is one reason I do not care for McCain. He is always bi-partisan at the wrong time. The only thing those hacked emails exposed is that they proved to me what I always thought about Democrats which is that they are back stabbing hypocrites that would eat their young to win an election. Through The Clinton Foundation, Hillary had (and still has) a personal relationship with half of the undesirable world leaders. As a business man, it would stand to reason that a CEO would have a business relationship with Russia. The MEDIA needs to quit sucking up to the liberals with their one sided reporting.
Labels: Discoverdior Disturbing Foreign Breach Security Measures Social Network Trend.