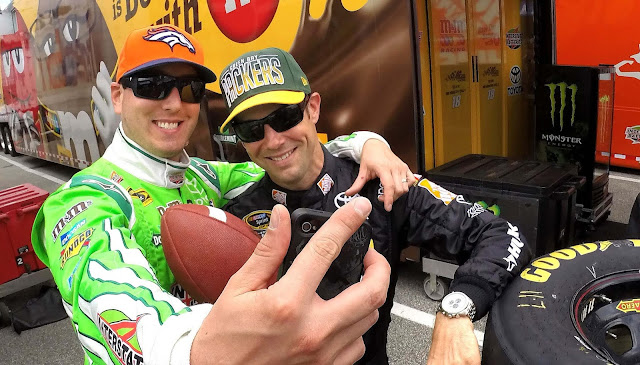 
Thanks to Colin Kaepernick there's too much drama going on in football these days. Just play the game.

LeBron James tweets on Twitter and all across social media, basketball has also become overwhelmingly negative, the kids have had enough.

It's time to move on, it's all about Nascar. With a fan base of predominantly white American people, there's very little diversity however because of all the politics and social media shaming.

The kids are being distracted.  All of the attention that's being brought to the NFL and NBA because of people like Colin Kaepernick who use their celebrity to push there beliefs while representing a team and the basketball league.

It is just too much, way too much to take in for overpriced tickets and overrated athletes.

What happened to the good old days when we watched and enjoyed the game; we all stood up and honored the national anthem, the American flag flying across the stadium in the air and we all showed our love and respect to the great country where sports fans joined forces to be entertained by the best talent and diversity in America. Now it's all about politics.

Some people blame Donald Trump, some people blame athletes as LeBron James went on social media and he had a lot to say about the presidency, politics and his athletic colleague Colin Kaepernick.

However it's not about what you say; it's how you say it. James used some very disparaging words towards the President the presidency and his followers; where does it end?  we'll protest next week about being silent in the library or in church maybe we can use our smartphones while church is in service.

Let's just change all of the rules.