Trump Credit Freezes are FREE. Here's why you might want one - www.DiscoverDior.com 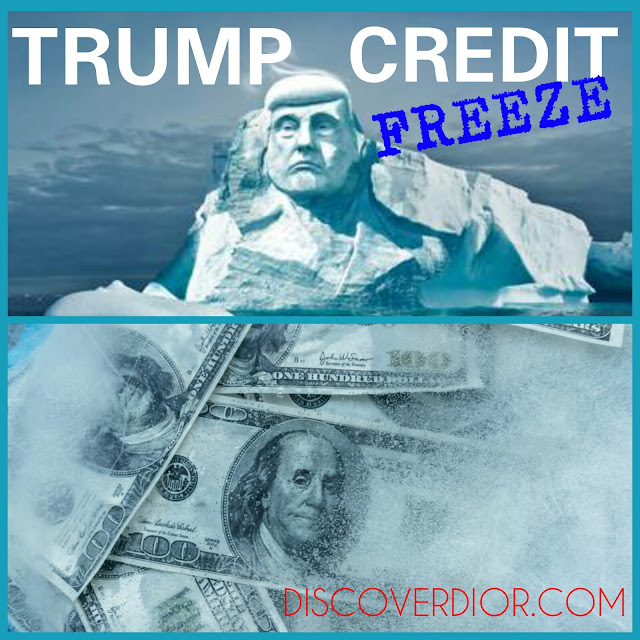 No matter where you live you’ll be able to get your credit frozen for kids under 16 years old. This is great tool for reputation management.

Democrats are not impressed with results or prosperity because those are contrary to their core premise of CONTROL based upon victimhood.

That's why they never give Trump credit for these things - they see them as a negative.

Freeze your credit; year-long fraud alerts are here, starting September 21st, thanks to a new Trump federal law. Here’s what you should know:


New York (CNN) — "Many experts agree that freezing your credit report is the strongest way to protect against identity theft. Starting Friday, you'll be able to do it free of charge.

In the wake of a massive data breach last year at Equifax that exposed personal information for about 148 million Americans, Congress amended the Fair Credit Reporting Act to require reporting agencies to freeze reports for no charge.


"Equifax is one of the three major credit reporting agencies in the United States."


This is crucial to refinancing student loans can help knock out student debt faster. Dems favor full government control and their control of said government. Trump pushes power to the people thus he is standing in the way of their agenda.

"Identity thieves can use information in your credit report to open credit cards and bank accounts, and take out loans
Should have included a refund for the money people had to pay to do this. It's now a misunderstood freebie that you actually want."

The new law essentially halts anyone from opening new credit in your name. If you haven't put a credit freeze on your file yet, you should.

The rules varied from state to state, but previously it could cost up to $10 to restrict access to your credit file. And it's now free, so no excuses.


To conclude, credit freezes are now free via the three credit bureaus. We highly recommend you take this action to protect your credit.

Check out our other tips for keeping your assets safe and maximize your profits: ultimately the real issue is that the better the country does under Trump, the more it shows just how failed the Obama presidency actually was...Let the ice age begin!
Labels: credit freeze free credit freezes new law Trump Credit Freeze