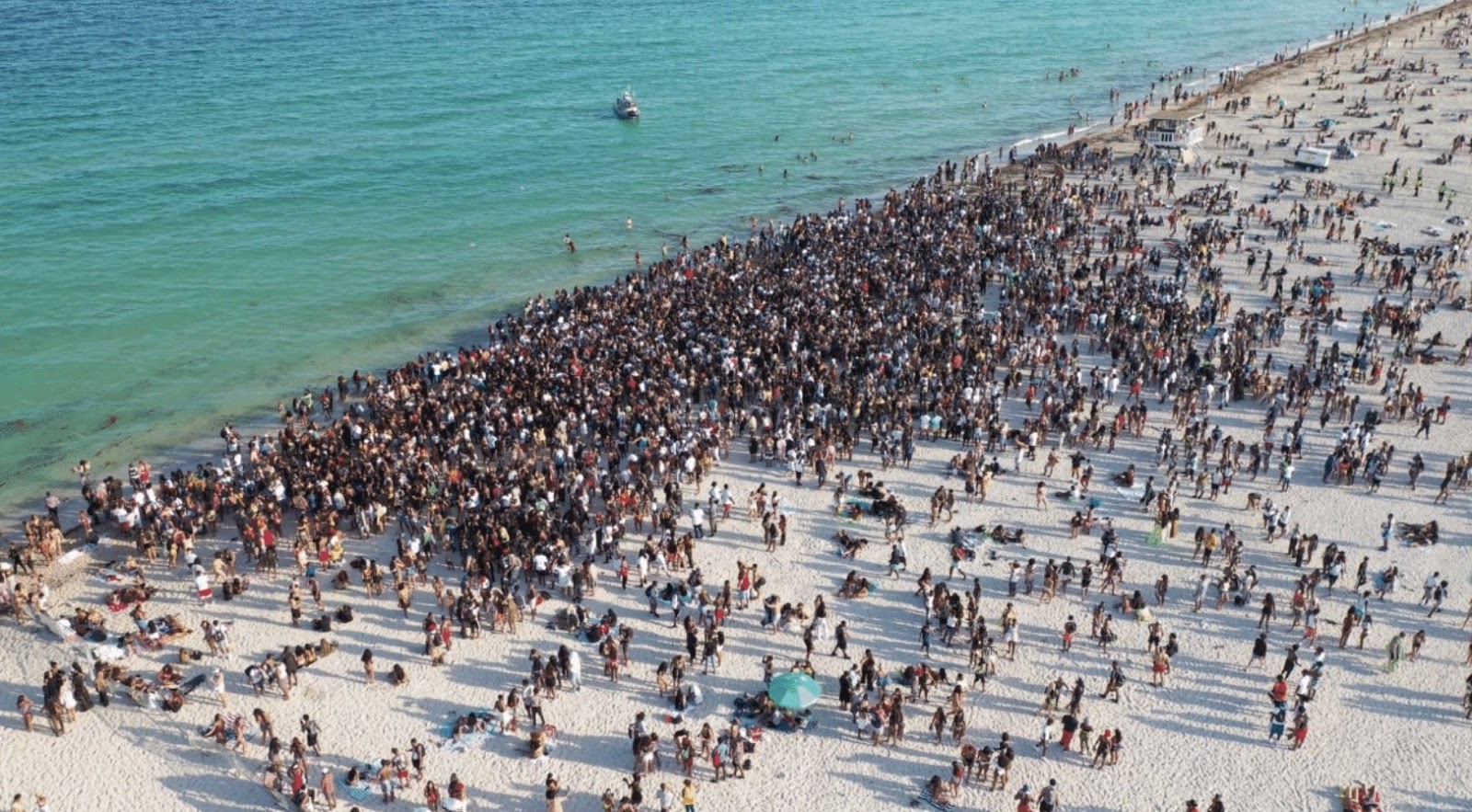 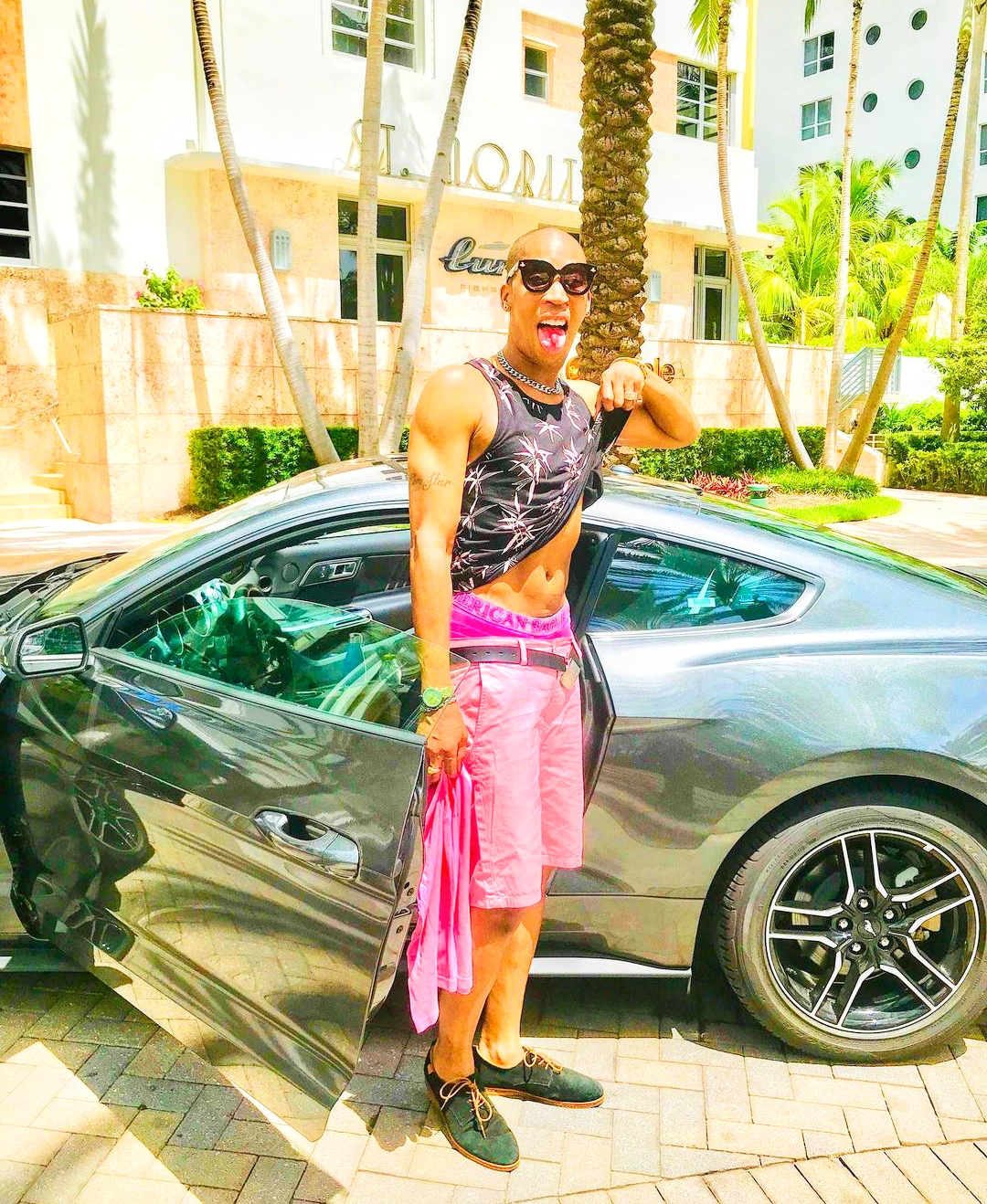 While it's hilarious watching a media jump all over crowds gathering on Miami Beach while ignoring zero Covid testing on the southern border. The City of Miami Beach imposed an 8 pm curfew on Saturday in the South Beach entertainment district, with closures of major causeways, to control an overwhelming spring break crowd. 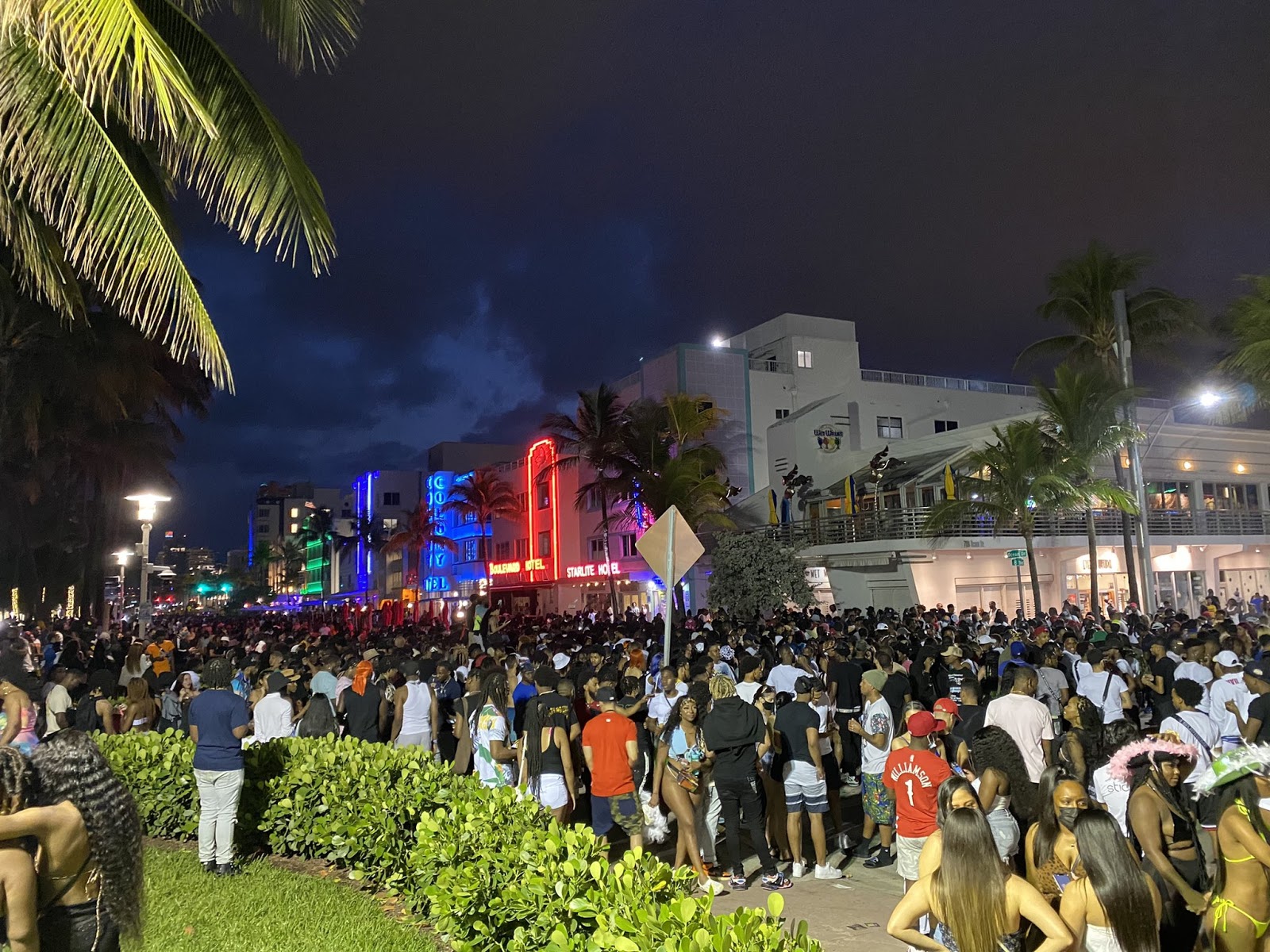 Curfew now in effect in South Beach. Thousands on Ocean Drive - DiscoverDior.
On Friday night, partying crowds broke into street fights, trashed restaurants and gathered without wearing masks or social distancing. Parts of South Florida continue to be hotspots for COVID-19.Photo via @Reuters
"The 8 pm curfew affects South Beach’s main commercial strips — Ocean Drive, Washington Avenue, Collins Avenue and Española Way — from Fifth to 16th streets. Area restaurants, which were previously allowed to make food deliveries until 6 am, are now prohibited from staying open past midnight for deliveries." — Miami Herald
The only “emergency” here is that Florida is in the process of proving that most of the sacrifice (and ALL of the child abuse) of last year was based on a fundamentally flawed/unproven presumption.
Miami Beach using the cover of COVID to shut down spring break, despite their Governor declaring the state wide open. Meanwhile, this has SERIOUS racial overtones to it. If you're going to shut down the party, refund ALL hotel money. LOL 8 pm curfew. That's Martial Law. 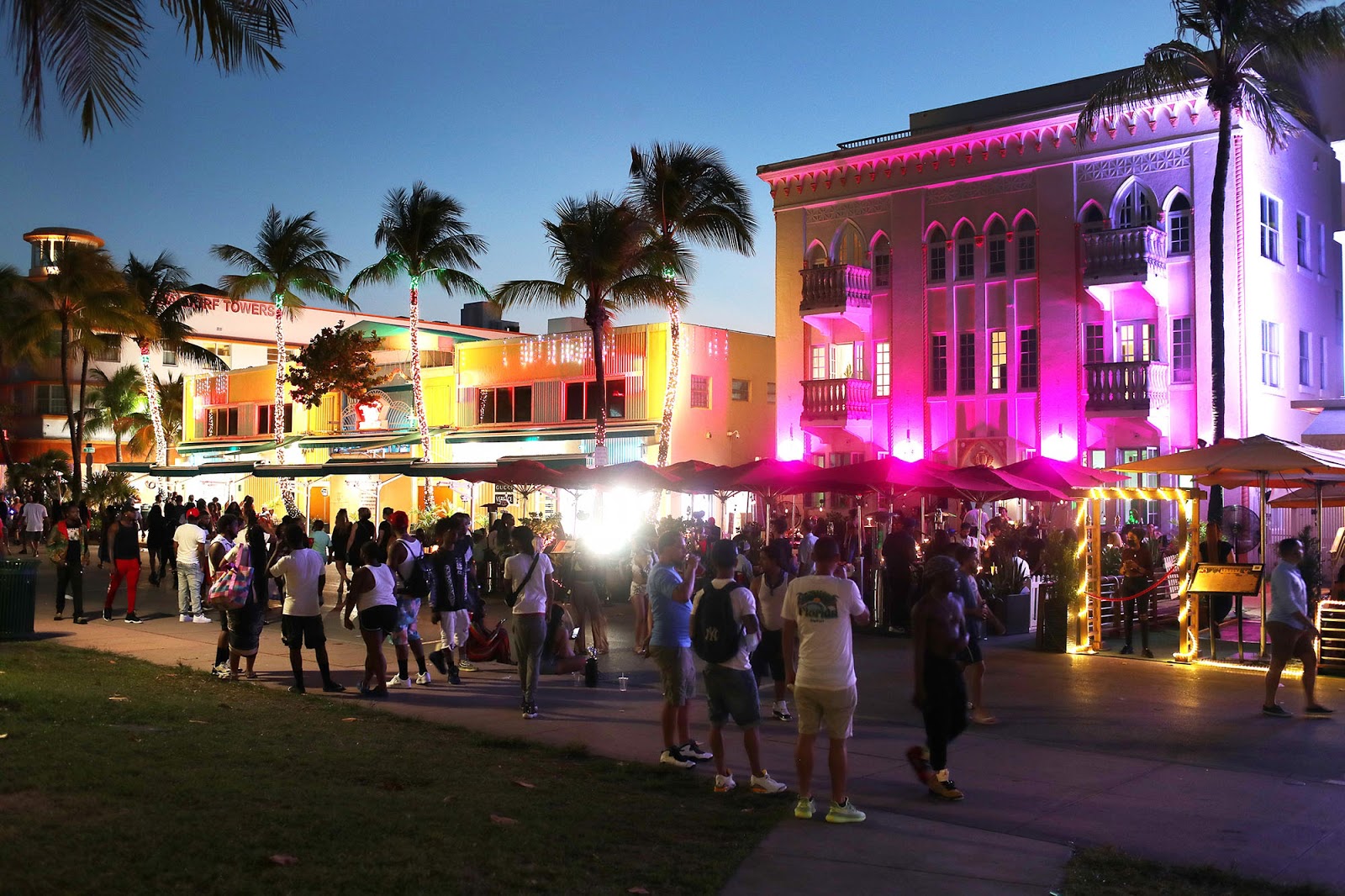 Spring break crowd situation on Friday night in Miami Beach
Miami Beach knew this would happen and did not prepare. Where are the outside concerts/events/venues? Why was nothing planned? If Miami Beach really did not want vacationers why was this curfew enacted now vs before? Or is Miami Beach only looking for a certain kind of tourist?
"The curfew comes as a prominent bar, the Clevelander South Beach, announced it was temporarily suspending all food and beverage operations until at least March 24 after crowds crammed Ocean Drive, breaking out into street fights. At another restaurant next door, tables and chairs were smashed during a fight, news outlets reported." — AP
Labels: Miami spring break 2021 state of emergency