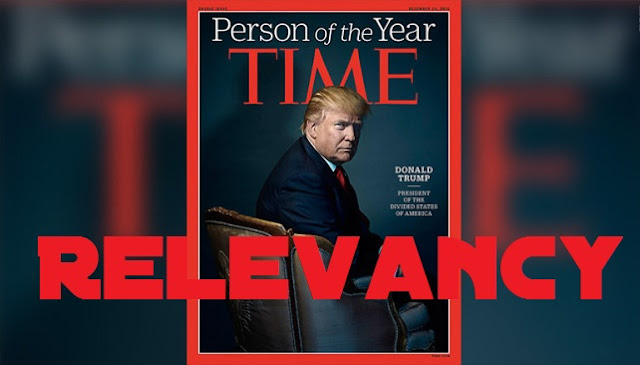 You hate Donald Trump, but love to use his name to attract relevancy to your music, articles, websites, magazines and talk shows.


The News Media, Celebrities, Politicians and Hillary Clinton supporters have called Donald Trump all kinds of derogatory names throughout the election. Now that Trump won the election those who are smart have attempted to join forces with the president elect.

Donald Trump is unique in many different ways. One thing in particular is that he is the first President to be a billionaire, reality tv show star and a celebrity before being sworn in.

As a result it seems as if non-supporters are jumping on the Trump train not to show support as other famous celebrities like Kanye West and Megyn Kelly did. Now, they're using the Trump name for relevancy.

Media outlets like FoxNews and The New York Times magazine have used the Donald as a way to make headlines to sell more magazines and gain followers on social media.


Donald Trump's Twitter is a viral social media trend and according to DMNews-"Trump has created more than $2 billion in earned media value, if you believe such a thing is quantifiable.


The name search alone in Google produces 381 million results, as opposed to Hillary Clinton, whose namesake results in 259 million results. Currently, Trump has 11.6 million Twitter followers and 10.7 million Facebook likes, compared to Clinton's 8.88 followers and 6 million likes." Social media has become the primary source for the local news media to get their news about the Trump organization.


The concern is that even though the news media think that they are getting new information from tracking his social media accounts, the information that they extract is not exclusive.

Anyone can log on and read everything that Donald Trump tweets about. Some members of the media try to be creative by linking Trumps tweets with old interviews or they try to use his tweets as a way to open up their own line of questions for upcoming events and interviews.


The American people can only assume that Donald Trump use social media to address the masses so that his words cannot be manipulated by the media.

A great way to make use of modern technology. There is an interview where Trump does mention that he actually uses Twitter as a modern way to connect with the world.

The following quote support the above statement. "Donald Trump Social Media: Trending Replaces Ad Spending. The recent news on campaign ad spending is not good for television networks."-According to DMNews.


Meryl Streep stated that "You belong to the most vilified segment of society right now: Hollywood, Foreign, and press..... Hollywood is crawling with outsiders and foreigners and if you kick them out you will have nothing else to watch than football and mixed martial arts. There was one performance this year that hooked me.


It was that moment when the person who wanted to sit in the most privilege seat in the country acted out the part of a person who was disabled. And it broke my heart. It gives other people the permission to do the same thing.


Disrespects leads to disrespect. We need a principled press to hold him to account, to witness every outrage.

I only ask the famously well-heeled foreign press to set up a committee to protect journalists. ' Isn't it a privilege to just be an actor,' Tommy Lee Jones. Carrie Fisher, "Take your broken heart and make it into art." Golden Globes speech. Liberals... sprinkling their feelings and opinions on politics distastefully everywhere they go. Time and place, time and place. Let it go! Nobody wants to hear about it. Especially at an award show. Fat shaming and online bullying is not okay with the left, but I guess this is okay.

Social media lost respect for her tonight and the others who could not stop crying about the president elect. Once again this was an award show not a platform for your opinion on politics. Stick to acting, that is what you do or get out of this great country.

While Trump has always been vocal on social media, celebrities are now trying to use his name for relevancy. From Chrissy Tiegen to T.I, Snoop Dogg, Rosie O'Donnell and even Bill Clinton.


People who are known in this country as Hillary Clinton supporters who one would think that the last person's name to come out of their mouths would be Donald Trump. Perhaps it's because they are celebrities as well and they know that people care about their thoughts on the Trump Administration so they're using his name in negative ways just to stay relevant in a forever changing world.

Little do they know is that when celebrities bash Trump and speak about him negatively, it only results in a strong possibility of people wanting to support Donald Trump even more.

In the long term, bashing Donald Trump only proves that most celebrities and the media can also be internet trolls who participate in social media shaming.
Labels: Discoverdior Donald Trump for relevancy social media trend Trump blog