What Is A Viral Social Media Trend? 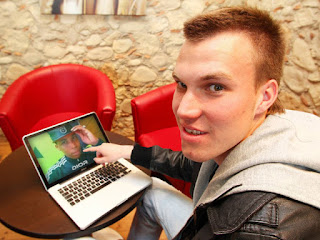 Social media trends: memes or viral video challenges. The one finger selfie challenge is the latest viral trend on social media, and it's basically just posting naked pictures. You stand naked in front of a mirror while using your finger in creative ways to block your private parts. The smaller your private parts the easier it is and vice versa. It's social media's most risque trend yet. A disgusting social media trend also going viral… Protesters now launching a "Flag Burning Challenge" online. The 'Flag Burning Challenge' launched after Trump's tweet about arresting anyone who is caught burning the American flag and could face possible deportation. Embarrassing this Flag Burning Challenge can get you arrested if you save all the videos and put them on a page for prospective employers. I'm against this new Flag burning challenge. Hopefully the ice bucket challenge people put it out.

The mannequin challenge is also one of the latest social media trends. It's gone viral. People remain frozen in action while a video is recorded. Celebrities are even participating. Someday in the future a social media award will be given for the most innovative viral video trend of the month. Be a leader not a follower... dress and act how you want, don't follow and portray yourself to look and act like those you hangout with.

I used to love green tea flavor in everything and all the people around me was like eww..now since it's a hipster trend..everyone wants it. Now just about Everybody's profile pic has puppy ears, including guys!! It's a trend now. Snapchat’s new spectacles are now available. How will this trend impact the future of social media?

Ginuwine's "pony" goes viral. Nice way to trend and get your name back in social media news. Some makeup trends people don't need to follow. I mean freckles are beautiful but im not with drawing fake freckles all over. I mean for what? The power of vine/twitter can't be denied anymore. You can have a career that's kickstarted strictly off a viral social media trend.Stay pretty, and I hope you do great things in life. Stay positive, be a leader and not a follower. Where do you get style inspiration from?
Labels: blog Discoverdior social media trend Viral What Is