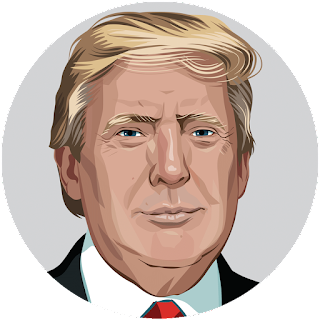 Credit Donald Trump for sparking conversations about violence in Chicago, American Healthcare, Immigration Reform, Infrastructure, Employment and Finance. Americans are now aware of issues going on in America and around the world that were neglected in the past. It's a viral social media Trump trend. Donald Trump tweets have become the object of hysteria. For some reason Americans were fooled into thinking that America was doing so well and we were better off than ever before. lately Americans are more concerned about the high crime rate and violence that's going on in Chicago; could it be because of Donald Trump's unfiltered Twitter tweets that magnifies every situation resulting in conversations that gets everyone talking to each other?

A lot of rappers, musicians and celebrities are now engaged and feel the need to lend to regular conversations and issues thats going on in places like Chicago. However the violence in Chicago have been going on for many years and Obama obviously didn't seem to have control over the situation during his presidency. While we can't suggest that Trump has all of the answers, we can agree that it's because of Trump that the issue is now magnified and the world is aware after he sparked the conversation. 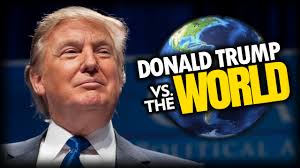 Donald Trump also sparked the conversation about immigration by the tweeting about building a wall on Twitter. He also tweeted about a meeting that was cancelled with the president of Mexico because both parties were not in agreement as to who would pay for the wall to be built. A perfect example of how Donald Trump had the entire world listening and reading his tweets, resulting in the wall becoming a world issue and a hot topic in every conversation.

Whether you're pro-choice or pro-life, everyone seem to be engaged and aware of what's going on in the world today. High school, college students, elderly, gays, men, women, black and white, now it seems as if everyone has an opinion about abortion, world issues, terrorism, immigration, and even healthcare.

Perhaps some people in American society were being saturated with reality shows, music and pop culture that we forgot about reality.
Trump is the reason why Americans are in conversation with each other, everything from border control, abortion, finance, employment opportunities, trade and infrastructure, to the stock market and the spike of violence happening in Chicago. Because of fake news and manipulation the media constantly report negatively about Donald Trump even if he does something positive; whatever the reason we can have conversations about important issues going on in America other than the Kardashians.

There are a lot of people protesting Donald Trump which is a negative, while there they're the same people that are getting involved because of Donald Trump. Recently actor Shia LaBeouf got arrested during a performing art protest. From a mounted camera in Queens New York to protest Donald Trump, every day for the next four years while chanting "he will not divide us". Shia LaBeouf believes, now that Donald Trump is elected president he's here to divide us all. We can all debate about Donald Trump's ideology and comments he made while campaigning, but right now he is the president of the United States of America. The fact that he's all about building a wall to keep illegal immigrants out, some think of it as Trumps way of dividing America and Mexico, however other people might look at it as a way to screen out illegal immigrants because he seem to believe that they are bad for our country.

While reading other opinions about "building the wall" it seems as if some people don't necessarily understand that there is a difference between illegal immigrants and legal immigrants.  Trump obviously has an issue with individuals who enter America illegally (without proper authorization and documetation) and those are who he is trying to prevent from destroying America. A lot of people instantly hear the word immigrant and they go crazy, without checking the fact that immigrants who come here the right way are very different from illegal immigrants who don't.

In Philadelphia Americans protested in fear of policies that were only alleged by the media. After twisting around Donald Trump tweets some people were ready to march and protest without proper facts. Could it be because of the fact that Trump use social media in 140 characters or less created a tweet to policy society, where individuals cannot differentiate policy from suggestions? Do Americans really believe that because Trump tweeted "I'm going to send the feds to Chicago" makes him an object of hysteria and everything is effective immediately, when most of the time it's just a suggestion or perhaps just a warning? Please don't believe that Trump will implement policy in 140 characters or less. We should understand the difference between a blanket statement and something that's set into policy. Wait until finalization before protesting because at the end of the day you're only wasting time protesting against policies that are not real and are a part of fake news. Donald Trump tweets should not be an object of hysteria.