How To Survive A Donald Trump Presidency! 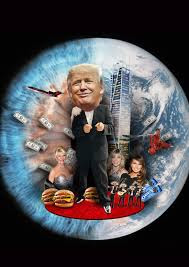 Donald Trump should not be the reason for failure. How will you adjust; do you have a plan for action? Donald Trump is going to be sworn in eventually and social media as a whole is giving an impression that we are all set up to fail; it's a viral social media Donald Trump trend. "We're going to lose our jobs", some even believe that immigrants will be sent back to their country. It's overwhelming to hear people say that bad things are going to happen in this world because Donald Trump is soon to be President of the United States of America. There are powerful people of influence who also feel as if because of Donald Trump's place in office; the world is going to change negatively. If that's so we have to figure out positive ways to survive in a Donald Trump world.

In a recent interview Chance The Rapper stated that "he isn’t afraid of a Donald Trump presidency." According to the Source magazine. Which support the belief that there are people who are not Trump supporters that are willing to coexist without bashing Donald Trump every other day on social media. We have to be more creative, if you went to college put your college degree to work, if you're in fear of losing your job; guess what it's okay if you lose your job you're going to find another one. Be prepared to work two or three jobs at a time. Crack down on spending, maybe you have to party less. While I hope that Trump might just be a blessing in disguise...if it were Hillary, racial issues would still continue to be concealed and compressed; Trump might just spark the fire needed to deal with that issues head-on once and for all. People might go out for drink less in the next four or possibly 8 years; you might have to crack down on things that you spent on freely while Obama was in office. 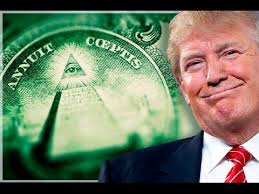 It's quite possible that we took advantage of opportunities during the Obama administration, now that Donald Trump is here it's time for us to be more creative, change our thought process and how we think about things. By changing what we spend our money on and how we go about our day-to-day lives, we must brace for impact.

Personally I'm prepared to get 2 or 3 more jobs that way I can stay ahead of my finances. I'm also prepared to even leave social media just so I won't be distracted by the overflow of Donald Trump stories that's being saturated all over the internet. I'm interested in following Donald Trump not because I'm a Donald Trump supporter but for example I would like to invest in more stocks in the stock market mainly relevant to the Trump Administration. I would like to invest more of my money into Trump stocks because based on the fact that if he's interested in a certain stock then obviously that stock is going to grow because he has influence and he has quite the knowledge of the stock market overall. It's all about staying informed in order to stay ahead of the game.

My reason for watching the inauguration is to learn, to observe, to see how exactly things are set into place. It's in our best interest to be informed and to be prepared for whats next to come. Donald Trump should not be a reason for failure. While I'm not really a Trump supporter it's interesting how some people feel threatened by Donald Trump when we as a people are highly educated and skilled with so many other creative powerful and influential people who can show and lead others to survive even in a Donald Trump world. I sense a lot of weakness and inferiority. It's disappointing how we the people crack under pressure because of Donald Trump and his tweets.
Labels: Discover Dior Donald Trump Presidency How To Survive Social Network Trend.