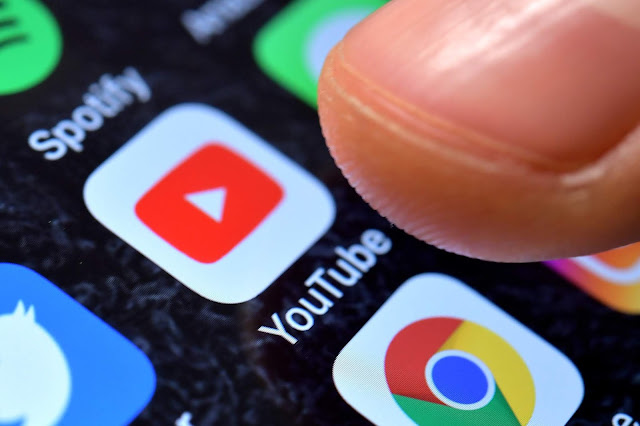 YouTube on damage control over pedophilia problem: Over 400 channels deleted as advertisers flee over child predators! 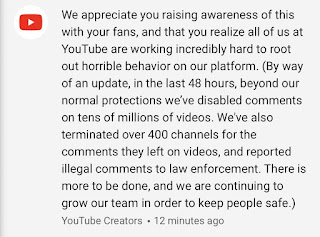 Pedophilia should not be tolerated. They are NOT accepted by the LGBT Community, and are committing crimes by sharing child pornography via YouTube. But YouTube sits by and allows this! What does this say about YouTube’s values over children? 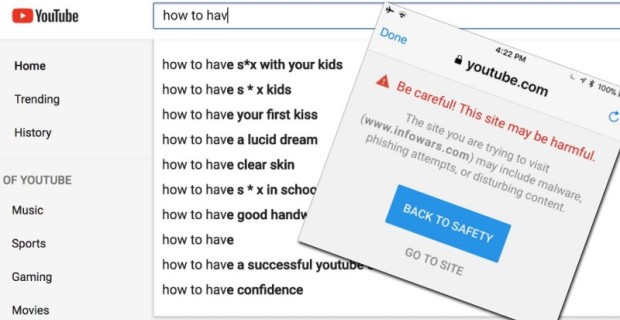 According to an article in the finance section on Mashable, "Over the weekend, a YouTube video highlighting child predators’ rampant use of the platform had gone viral. YouTuber Matt Watson posted the video walking users through how a simple YouTube search can easily uncover “soft” pedophilia rings on the video service.

To take a step forward to resolve the pedophilia videos, this is a way. Pedophilia is a bigger deal than those few channels that make content honestly that pedos could like too.


The quote goes on to say that "child exploitation is clearly an internet-wide issue, however, Watson’s video explored how YouTube’s recommendation algorithm works to add a unique problem for the site. As shown in Watson’s viral upload, a search for popular YouTube video niches, such as “bikini haul,” leads the platform to recommend similar content to viewers. If a user clicks on a single recommended video featuring a child, the viewer can get sucked into a “wormhole,” as Watson calls it, where YouTube’s recommendation algorithm will proceed to push content to the viewer which strictly features children.

Why Advertisers Are Fleeing Youtube Over Child Predators Accounts  -


The video sharing network has a pedophilia wormhole. They are doing nothing about it. Children are being exploited through this website every day. YouTube is making money off child exploitation.


These recommended videos then become inundated with comments from child predators. Often times, these comments directly hyperlink time codes from within the video. The linked time codes often forwards a user to a point in the video where the minor may, innocently, be found in compromising positions. On these video pages, these commenter's also share their contacts so that they can trade child pornography with other users off of YouTube’s platform.

Clearly, the priority needs to be to protect brands - yeesh. As fallout over pedophilia content on YouTube continues, AT&T and Hasbro pull all advertisements.

On top of all of this, Watson pointed out that many of these videos were monetized. Basically, big brands’ advertisements were appearing right next to these comments.


This is totally disgusting. YouTube needs to fix this problem now! How in the world does a company so prevalent allow this to happen? They are literally promoting pedophilia! I will be boycotting YouTube until they fix this issue. PewDiePie Fans are using derogatory and disgraceful comments of Child Predation and Pedophilia on latest T-series videos to get them demonetized under new apocalypse to gain in petty subscriber war.

Parents getting sour because videos of their kids are getting demonetized to crack down on pedophilia. Sorry but what is your child doing on YouTube in the first place, you abusive fame-lusting piece of procreating garbage?