Park rangers have cited dozens of people who have gathered at Hawaii Volcanoes National Park to witness an ongoing eruption of the Kilauea volcano.

HONOLULU -- Park rangers have cited dozens of people who have gathered at Hawaii Volcanoes National Park to witness an ongoing eruption of the Kilauea volcano.

The rangers said those cited had ventured into dangerous areas to take photos and videos of the volcano eruption that had created a lake of lava in its crater that was 554 feet (169 meters) deep on Thursday.

“All it takes is a slight change in wind direction and these offenders could inhale a fatal dose of volcanic gas," said Chief Ranger Jack Corrao. "One misstep or a crumbling cliff edge and they could plunge into the vast pit of molten rock or to the crater floor. We want to keep the park open so everyone can safely experience this beautiful new eruption, but when visitors enter closed areas, rangers must concentrate on these few individuals. This puts our staff in hazardous situations.” 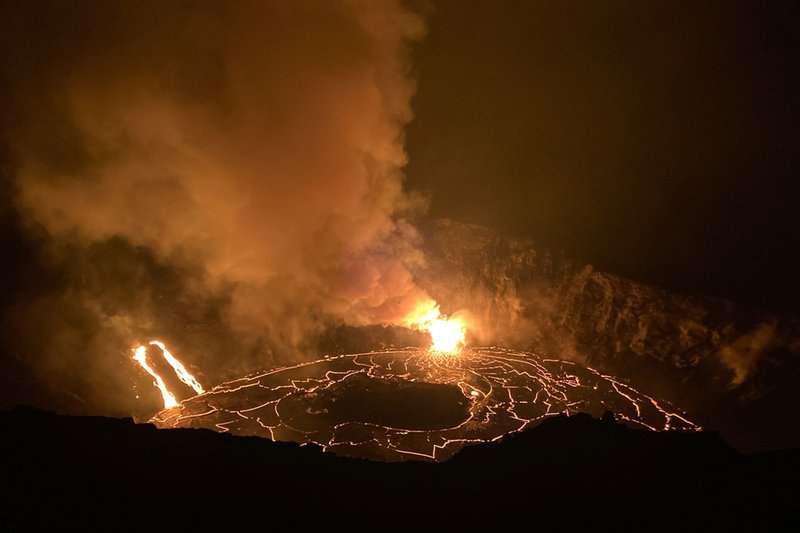 Hawaii volcano gushes lava from vents in summit crater - (DiscoverDior)
The eruption was contained in an area of the park that has been closed since 2007, and where there are dangerous levels of volcanic gas, rockfalls, explosions and volcanic glass particulates, the Honolulu Star-Advertiser reported.

Fines for violating national park rules start at $150, said Jessica Ferracane, a spokeswoman for Hawaii Volcanoes National Park. The fines increase after multiple violations and can lead to being expelled from the park.

Ferracane had told The Associated Press that a crowd of cars had lined up at the park entrance to catch a glimpse of the eruption, which began on Dec. 20. 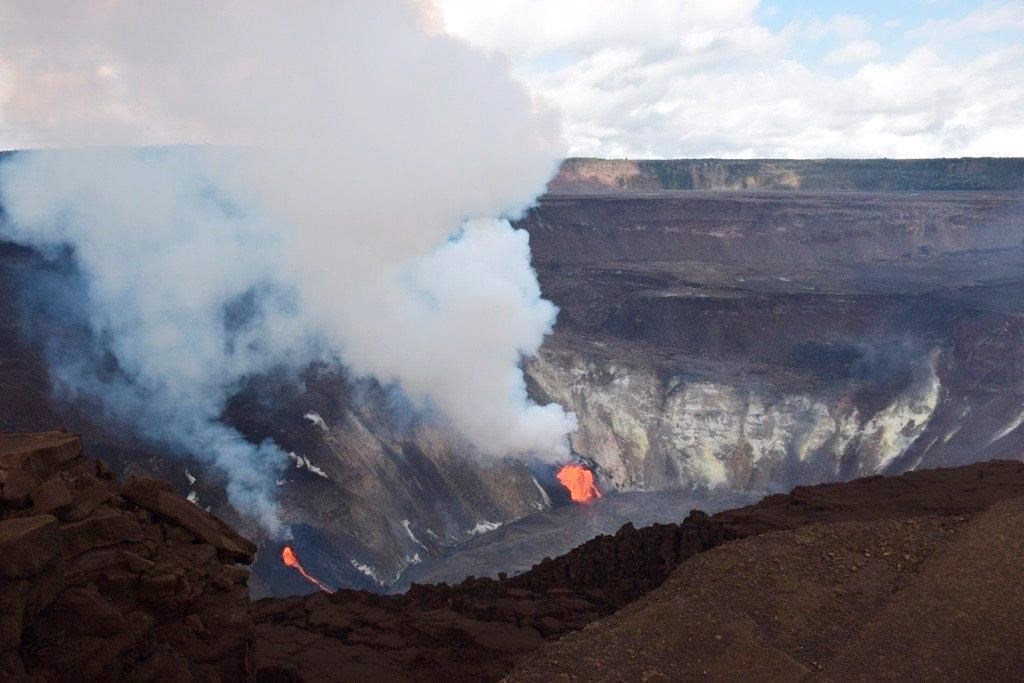 One helicopter tour company, Paradise Helicopters, reported a substantial increase in bookings as a result of the eruption and following months of limited business due to the coronavirus pandemic.

The company had booked all of its aircraft and pilots on Monday and conducted nine flights — a number not seen since the pandemic began. Before March, Paradise Helicopters flew aas many as 40 flights a day, said Bronsten Kossow, the company’s operations manager.

It's the first time the Hawaii volcano has erupted since 2018. The two years of relative silence came after more than three decades of constant eruption from 1983 to 2018. Roughly 700 houses were destroyed during an eruption in 2018.

Written By The Associated Press.